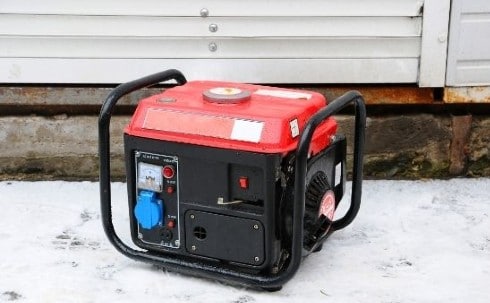 Everyone knows how annoying it is to spend the afternoon having your head rammed by the noise of your neighbor’s or even your own loud generator. Now that you are buying a new one, you want to get the quietest propane generator available. Anyone who is searching extensively for the most quiet propane generator will soon find out that only a few make the cut when it comes to low noise, features, and performance.

In a hurry? The best quiet propane generator on the market in 2022 is the Champion 3400 Watt Dual Fuel generator. It is packed with useful features, a variety of outlets and great performance. The honorable second place belongs to DuroMax XP2200EH.

When you are looking for a generator that is whisper quiet and packed with features, the Champion 3400-Watt Portable Inverter Generator is the best one available on the market in 2022.

At its rated power output, it has all that you can ask for – dual fuel, electric start, parallel connection, clean power output, and portability.

It even has a feature called the ‘Cold Start Technology’ which helps the engine to start without trouble during harsh winter weather conditions.

Being a Dual-fuel generator, you can use either gasoline or propane for operation and you can switch easily between the two with the help of a simple fuel selection dial.

It also comes with a built-in smart economy mode that manages the efficiency of the engine thus providing better fuel economy.

The Champion 3400-Watt Portable Inverter Generator is designed to provide clean power, less than 3% THD which enables us to sensitive electrics with confidence.

You can also avail of an optional Parallel kit with simple clip-on connectors through which 2800 W or higher inverters can be connected for additional power.

Now let us back to our main interest which is the noise produced by the wonderful machine. The Champion 3400-Watt Portable Inverter Generator operated at super quiet low dB of 59 dBA which is not louder than hearing a conversation.

So we can clearly say that this generator is one of the best at its range when you want great features, performance, and a super-quiet operation for home use, RV, or any outdoor activity.

It’s a well-designed, compact, and lightweight generator which is great for easy portability and outdoor use.

It has all the basic features we look for in a good generator which are an easy push-button start, dual fuel, option for having a parallel connection, and clean power for sensitive electronics.

The generator has a 4-stroke air-cooled engine which runs extremely efficiently on both Gas and Propane.

We can easily switch between gas and propane by turning the fuel selection dial.

It is clear that the generator is designed with portability and compactness as top priorities as the gasoline fuel tank can hold only 1.2 gallons.

The device has a built-in idle control mechanism that automatically lowers the engine RPM when there is no load, thus saving more fuel. This is great in a situation where your power requirement could be intermittent.

A low oil shut-off sensor is also provided which basically shuts-off the engine when it detects that the oil is too low thus helping you avoid costly engine repair work.

The DuroMax XP2200EH Portable Generator has a 5V 1.5A USB port and two 120V GFCI outlets. You can also add more power by connecting a similar generator through the parallel connection port.

Having been designed as a compact and fully covered enclosure, the device is really good at attenuating the noise generated during operation.

It is found to generate a low noise of around 61 dBA which is considerably quieter for any regular portable generator.

The DuroMax XP2200EH Portable Generator has a clear advantage over its competitors in terms of portability and performance although it missed out on the various output ports provided by the Champion 3400-Watt Portable Inverter Generator.

The Champion 76533 3800-Watt Dual Fuel is a powerful and feature-rich generator with great build quality as is the case with any champion power equipment.

The generator is powerful enough to run a 15000 BTU RV air condition which is well enough to power other household appliances also.

It comes with dual-fuel technology, a toggle button-based Electric Start, and also has a Cold Start assistance mechanism which helps the engine to start in a colder environment.

Fuel can be switched from gasoline to propane conveniently through their patented fuel selection switch.

The Champion 76533 3800-Watt Dual Fuel comes with a feature called intelligence which lets you be informed about various critical operations parameters like voltage, frequency, and run-time hours.

Given that the Champion 76533 3800-Watt Dual Fuel is not a fully enclosed device, it is really impressive to note that it generates a super quiet 68 dBA of sound.

Considering the thoughtful features and great build quality, this device is a great package for anyone looking for a virtually silent propane generator for RVs and home use.

The A-iPower SUA12000ED Dual Fuel has the capacity to produce continuous 8000 Watts when running on propane making it a very capable generator.

It is able to power the entire house including all appliances and even capable of running around 5 power tools.

It comes with a keyless one-touch push start, on-demand fuel switch between gas and propane although the parallel connection is missing.

It is powered by an I Power’s 459CC 16HP OHV engine which is a very capable motor with great power delivery.

The generator comes with an LCD hour meter which reminds the user of critical maintenance intervals.

It also has a built-in low oil shut-off sensor which automatically shuts the engine off when the oil is too low for safe operation.

Being a non-enclosed generator, the A-iPower SUA12000ED Dual Fuel although not as silent as the Champion 3400-Watt Portable Inverter Generator, is one of the quietest generators you’ll get for the amount of power it delivers.

At 69dBA, the noise produced by this high power generator is very much manageable and actually low noise when compared with similar power-rated generators.

The only catch is that at 275 Lbs this generator is a requirement more than two hands for portability.

What To Consider When Buying A Silent Propane Generator?

Every silent propane generator is sold based primarily on the power rating. Now it is important to note the caveat in this.

Most manufacturers use the peak power that a generator is able to provide in the name of the product. This might be a little misleading for some since the actual continuous running power output is a bit lower than that.

For example, the Champion 3400 Watt generator has a peak power output of 3400W but the actual power output that you’ll get continually is 3100W.

Again if you are looking for a propane generator, you must keep in mind that you’ll have to look specifically for the power output rating of the device for propane as fuel.

In the case mentioned above, the Champion 3400 watt generator actually provides a continual power output of 2790 Watts. Hence you need to check the manufacturer’s specifications thoroughly before making a decision.

And of course, in order to do this, you must work out your power requirement when using the generator.

Let’s say your requirement is,

So your total requirement will come to1300W. Now you must look for a generator that can provide 1300W while running at roughly 80% of its capacity which will be around 1625W.

The parallel output is an amazing feature that lets you connect two generators to increase the total power output. This is very handy if your buddy has a similar generator and you are in urgent need of surplus power for a house party.

Although the generator that you’re desiring might or might not have this feature, it is usually not mentioned clearly in the marketing material.

So you’ll have to study the manufacturer’s specification to find out whether the device can be connected parallelly to another generator.

Although this is very useful, you need not worry too much about it if you determine that you won’t be facing such a power requirement in the future.

Propane or LPG as a fuel for power generators is becoming more popular every day for two reasons, one, they are environment friendly, and second, they make less noise during operation. Nevertheless, any generator will release a bit of harmful gases when burning fuel.

Therefore, it is extremely important that you purchase a generator that has obtained the certificate of compliance from EPA and CARB which have strict guidelines regarding environmental pollution control.

When connecting sensitive electronics to the power supply provided by the generator, there is a high risk of damage due to electrical fluctuation.

The measure of such fluctuation is called the THD%. THD stands for Total harmonic distortion and the lower the value the cleaner the power and safer it is to connect sensitive electronic devices.

Always look for a generator that has 5% or less THD if you will be connecting devices like a Smartphone or a Laptop during the generator usage.

Manufacturers usually mention the noise generated by the generator in dBA. dBA is the noise level measured at a distance of 23 feet from the generator. The lower the dB value, the quieter your generator will be.

To get an idea of how much a dBA level feels like,

You have to keep in mind that the actual noise produced by the generator depends also on whether the device is placed in an open space and whether it has been serviced properly.

An ill-maintained generator is not only noisy but also deteriorates in performance over time. 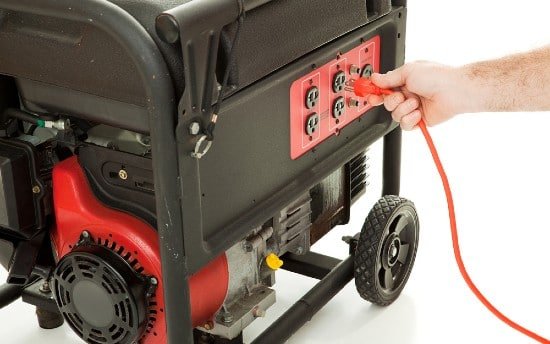 Finding a whisper-quiet propane generator is really quite a task!

Now you’re equipped with the basic knowledge required to select the right silent propane generator for you. You can shortlist a few silent generators that suit your needs and make your choice based on additional factors such as choice of power outlets, weight, and price.

In conclusion, if you’re looking for nothing but the best quiet propane generator on the market in 2022, go for the highly rated Champion 3400 Watt Dual Fuel generator or the DuroMax XP2200EH.