How To Quiet A Rattling Catalytic Converter (Rattle Noise Fix) 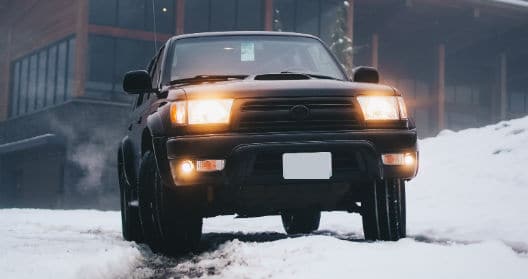 In a hurry? Cleaning the catalytic converter is one of the cheapest and easiest ways to get rid of rattling noise. We recommend the highly rated Chevron Techron Concentrate Plus Fuel System Cleaner or the Marvel Mystery Oil Ultimate Fuel and Motor Treatment to quiet down catalytic converter rattle.

Why is my catalytic converter rattling?

There can be various reasons. Let’s see top 4 most common symptoms of a loose catalytic converter and their related causes.

The rattling noise is usually more pronounced when the vehicle is started and gets worse over time.

This symptom is caused by hydrogen sulfide, which is produced during engine combustion and is converted into odorless sulfur dioxide.

A failed converter may cause a rotten-egg smell coming from the exhaust pipe, and it can also cause dark exhaust smoke. Read also: How to Quiet Exhaust Without Losing Performance

This is a fairly common symptom. When there is a failing catalytic converter, the engine light is turned on by the car itself.

This happens because modern cars feature the air-fuel ratio and oxygen sensor, which monitor the efficiency of the converter by measuring the gas level in the exhaust system.

It is, therefore, turned on when the gases are not properly catalyzed.

There are many other causes that can turn on the check engine light, so it is warmly recommended to have the vehicle scanned when it occurs.

Whether it’s clogged or cracked, it directly falls upon the car’s performance, affecting power, acceleration, and also the overall economic aspect.

The 4 situations described above are the most common causes of a catalytic converter rattle, but you may encounter other symptoms.

But can you fix a rattling catalytic converter, even if it’s temporary? The answer is yes!

How to quiet a rattling catalytic converter?

We already said that changing this component due to a bad catalytic converter noise can be very expensive.

A failing converter is likely to cause a bad catalytic converter noise.

You can use a mechanic’s stethoscope to detect the loosened pieces of the loose catalytic converter. You can fix the rattling sound by drilling a hole at each location and placing a drywall screw through.

This way, the screw helps with keeping the pieces in place, prolonging the lifespan of the catalytic converter.

If this hack doesn’t solve your problem, it probably means that the converter is clogged with phosphorus and sulfur, respectively caused by oil and fuel.

A recent discovery from the researchers of the Institute of Catalysis and Petrochemistry of Madrid demonstrated that dilute citric acid removes the acid deposits without damaging the converter’s platinum.

Soaking the catalytic converter in the dilute citric acid for 6 hours will do wonders.

On the first place, we have the highly-rated Chevron Techron Concentrate Plus Fuel System Cleaner

This product is one of the best on the market.

Trusted by motorists, auto manufacturers, and mechanics from all around the world, it cleans easily and profoundly the entire fuel system and it also restores the lost performance and power caused by deposit build-up.

Every bottle holds up to 20 oz., and its usage is recommended every 3000 miles.

This product can be used in all engines, including GDIs and Hybrids.

We recommend this cleaner as it can remove up to 99% of gas deposits, which is more effective than gasoline alone.

Also, this product stabilizes fuel for months and helps to promote easy start-ups.

This is another valid product that can help you with cleaning the cat efficiently (usually, it is enough to do it every 6 months).

The cool feature of this product is that you can insert your car year, make and model to check if it’s compatible.

Note that the product is sold in a pack of 4 (the single-bottled product is also available, even though it is less convenient).

The last remedy is a bit tricky since it has to be used only if everything else fails. Make sure you choose this remedy only when the monolith substrate filling the converter is too cracked or fouled to cleanout.

To unclog the converter, the only available solution is to get rid of the substrate filling.

By gutting the converter, you help to relieve the back-pressure in the exhaust. As a consequence, you can make your car drivable until you buy a new catalytic converter.

Let’s see how to do it. First, the intermediate pipe from the convertor’s back has to be unbolted in order to expose the interior.

Then, just insert a crowbar into the converter and clang it around. You can sometimes hit the crowbar with a hammer if you want to speed up the process.

During the process, a shop vac can come in handy. It is very useful to remove substrate pieces. Then, just check the process with a flashlight. 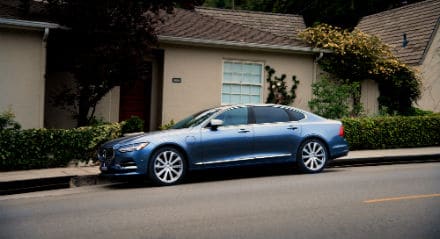 We also talked about the ways you can fix a rattling catalytic converter, even if it’s a temporary solution.

However, you can still rely upon these highly rated products: make sure you check for Chevron Techron’s Plus fuel system cleaner or Marvel Mystery Oil’s Ultimate fuel and motor treatment.